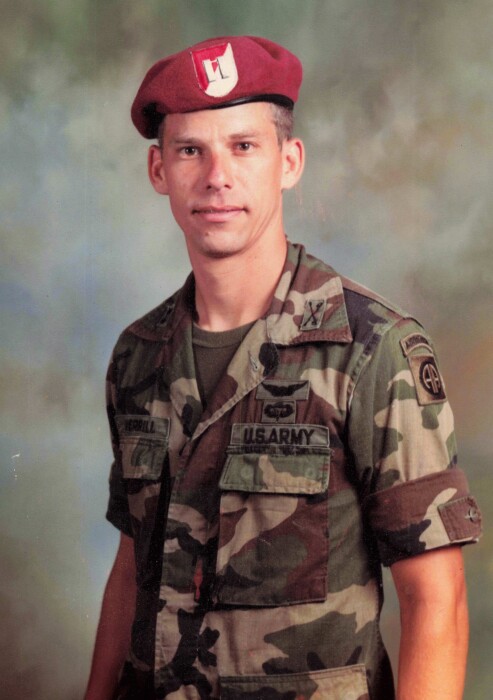 Col. Stephen Douglas Sherrill (US Army, Ret), while surrounded with family, passed into the care of his Savior on May 17, 2022 in Vanderbilt University Medical Center.

Steve was born Feb 28, 1950 in Hattiesburg, MS to (the late) Walter Harmon and Anna Corones Sherrill. He was commissioned into the Army through the ROTC program at the University of Southern Mississippi where he earned his Bachelors degree in Business. He later earned his Masters in Public Administration from Shippensburg University.

Always living the life of a servant, Steve valued connection with others above all else. He lived his life serving God, his family, and his country.

After his Army retirement in 1998, he launched a new career at Chick-fil-A Corporate office as a project manager. He continued to be a Senior Project Consultant and finished his journey there as Senior Manager, Equipment (Design and Production). He enjoyed 16 years of service to this corporation. The Chick-Fil-A corporate community was like family and Steve believed wholeheartedly in their purpose.

Throughout his life and with every new home, Steve and Eileen eagerly served the Lord. For years, Steve helped Eileen teach preschool Sunday School at various military chapels and churches. From 1994-2015 Stephen faithfully served as a Deacon, RA director, and Sunday School teacher at Flat Creek Baptist Church in Fayetteville, Ga.  Life in full retirement in TN soon included teaching young school-age children as well as serving his fellow retirees, his “Band of Brothers”, at Thompson Station Church.

Steve’s model of a loyal servant extended first to his family. Nieces, nephews, and brothers-in-law could all count on him. Whether it was counsel during a difficult time or a handyman project, he could be counted on for help. This loyalty was especially experienced by his daughters and their families. He was more than just a provider, he was a humble and sturdy anchor in the family. He was a model of sacrifice to his sons-in-law. He was a model of love to his grandchildren. He was always there for his girls. He was completely devoted to his wife.

Col. Sherrill’s life will be celebrated on June 4, 2022 at 3:00 PM from the chapel of Spring Hill Memorial Funeral Home, officiated by Pastor Tom McCoy. The family will receive friends during visiting hours from 1:00 PM until the service hour. Full military honors will conclude the service. Privately, he will be laid to rest in the Middle Tennessee State Veterans Cemetery in Nashville.

“We are, therefore, Christ’s Ambassadors, as though God was making his appeal through us. We implore you on Christ’s behalf: Be Reconciled to God.” – 2 Cor 5:20

The family requests memorials to the Wounded Warrior Project or the Tunnels to Towers Foundation .

To order memorial trees or send flowers to the family in memory of Stephen Sherrill (COL, US Army, Ret), please visit our flower store.