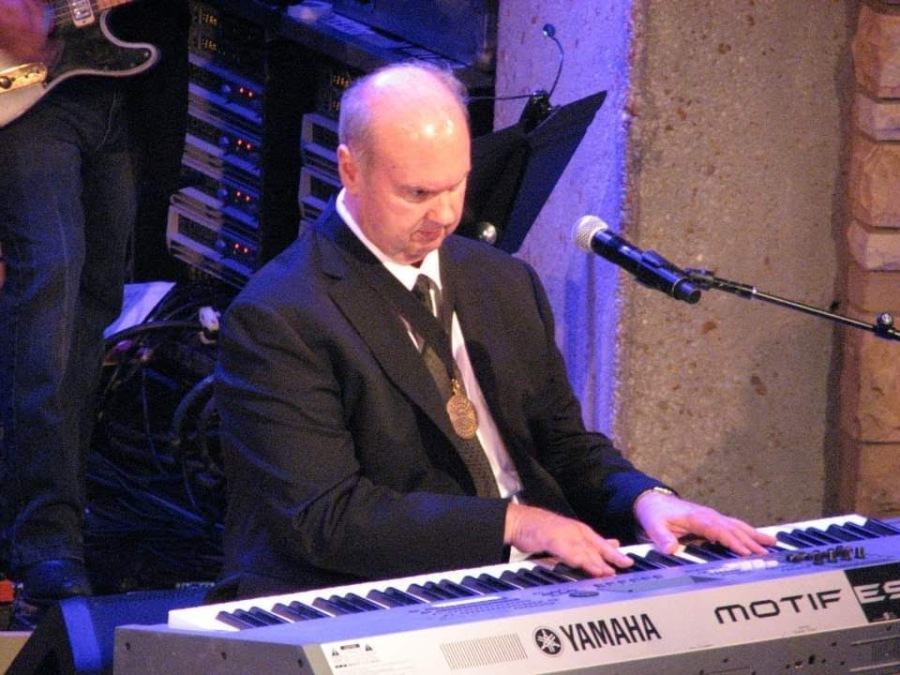 Keyboardist and AFM 257 Life Member, Hargus “Pig” Robbins, passed away in the early hours of January 30, at the age of 84. Born in Spring City, Tennessee, he lost his sight at the age 3 in a tragic accident. He attended the Nashville School for the Blind and began playing the piano at the age of 7, destined to become a member of the “A Team,” and one of the greatest musicians in the history of Music City. He was also a fine person, with a great sense of humor, who was gracious and kind to countless up and coming musicians. His impact and contributions to Nashville’s music cannot be overestimated.

Pig joined Local 257 on August 29, 1957 at the age of 19, and immediately began making a mark in what would be a more than 60 year recording career, playing on thousands of albums and hundreds of hits, starting with George Jones’ “White Lightning.” Just a few of the classic records he played a huge part in are “Crazy,” “Behind Closed Doors,” “Don’t It Make My Brown Eyes Blue,” “Dang Me,” “Fourteen Carat Mind,” Rainy Day Women #12 & 35” and so many more. He was the gold standard of session piano playing for an incredibly long run, and among the thousands of artists he worked with are Neil Young, Duane Eddy, Chet Atkins, Ray Charles, John Hartford, Mark Knopfler, The Everly Brothers, J.J. Cale, Gordon Lightfoot, Joan Baez, Johnny Cash, George Strait, Keith Whitley, Sturgill Simpson, just to name a few.

Pig had a magical way of coming up with the perfect part for whatever song was presented to him, no matter what the style, and his ability to memorize and intertwine his part with what others were notating was simply astounding. As Charlie McCoy said, “He’s the best session player I’ve ever worked with. When he’s on a session, everybody else plays better.” He also made eight instrumental records under his own name for various labels. Fittingly, he is a member of both the Country Music Hall of Fame and the Musicians Hall of Fame. He won the CMA Instrumentalist of the Year Award twice, 24 years apart, in 1976 and 2000, and received many other awards and accolades over the years.

Hargus "Pig" Robbins was admired and loved by all those who knew him, and were lucky enough to make music with him. There will be a Celebration of Life at a later date.

Thank you, Hargus “Pig” Robbins, for your immeasurable contributions to this place we proudly call Music City. You will never be forgotten.

To order memorial trees or send flowers to the family in memory of Hargus "Pig" Robbins, please visit our flower store.