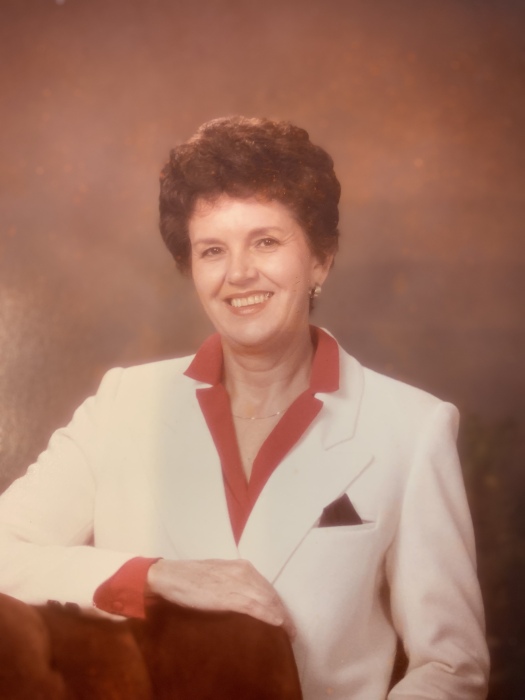 Updated arrangements will be shared as soon as they are determined.

After marrying her high school sweetheart, Jim Sawyer, in 1950, they embarked on a series of journeys that defined their lives. Through her husband’s career as a chaplain, they lived all over the US, moving often. Their professional travels settled them in locations like the Marshall Islands and Puerto Rico.  It was these experiences that triggered their love of international travel, which became an annual tradition for many years. Frankie’s favorite destination was Scotland, where she immersed herself in the study of her family’s genealogy. A researcher at heart, she resumed her college education after raising their two children, completing her Bachelor of Science and Masters of Science degrees in Agronomy and Soils, eventually earning a PhD in Agronomy from Auburn University in 1980.  She taught classes at various colleges in North Carolina, Alabama, and Florida. Frankie’s interest in agronomy (a branch of agriculture that deals with soil management) was evident in attention she gave to her yards and gardens, which were thoughtfully and beautifully designed. In her writings from her travels, she often noted the local flora and could name most flowers she encountered. She was an avid reader – especially fond of novels written by Scottish authors. And she enjoyed watching British comedies.

In her last decade of life, as her vision progressively failed and she was unable to use the internet or read books, she enjoyed asking questions on her Alexa device. She had listened to nearly every audio book in her local library, so Alexa became an important companion for her inquisitive mind. A frequent statement she made was that, “People just aren’t curious enough!”

Frankie was physically active through most of her life, having earned letters in softball in high school and as a college student at the age of 44. She had the highest batting average on her team!

After her husband died in 2002, Frankie moved from Pensacola, FL to Spring Hill, TN where she remained the rest of her life. It was the longest she had ever lived in one place. In Tennessee, she was an active member of First Presbyterian Church of Spring Hill.

Frankie had many names: Frankie Belle, Dr. Mary F. Sawyer, Grandmommy, Mom, Grandma, and most recently: Great Gran. She will be dearly missed by her family and friends that referred to her by these names. She is survived by her son, Reverend David Sawyer (Harriett); grandchildren, Beth Sawyer Allen (Matthew), David Shiller (Traci), Jessie Shiller Croft (Jared), and Wilson Sawyer (Jenny); four great grandchildren; and her beloved cat of 19 years, Heidi.

First Presbyterian Church of Spring Hill will host a visitation and service for Frankie at a later date, with Reverend Dr. Chris Adams officiating.

To order memorial trees or send flowers to the family in memory of Dr. Mary Sawyer, please visit our flower store.