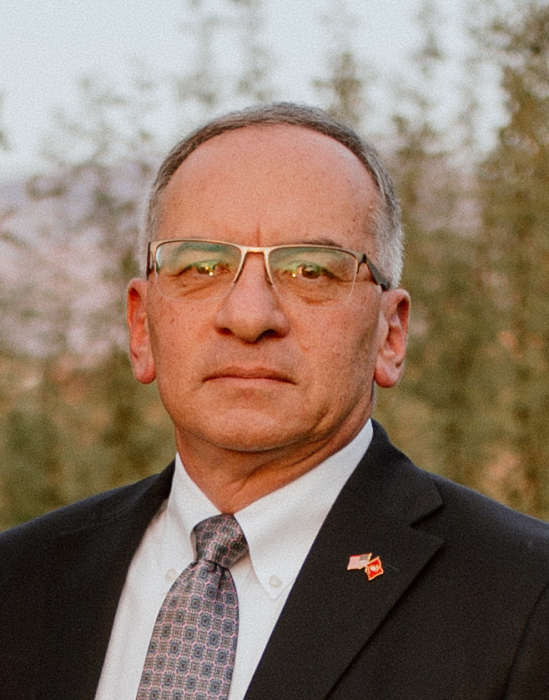 Henry was born on September 13, 1952, to Joseph Attanasio and Lola Galuppo Attanasio in Elizabeth, NJ. Henry was known as a provider, a well-respected veteran, a faithful husband, and a beloved father.

Henry enjoyed competing in triathlons: running, biking, and swimming. He was proud to have completed the Marine Corps Marathon in 1998. There was rarely a day he missed his 4:30am workout at the gym. Henry also enjoyed Friday morning phone calls with Stephanie, coffee with Ken, napping in his recliner, and playing golf with Sam and Jason. One time, Henry and Sam drove to Palm Desert, CA, played 45 holes a day for three days, and then drove back to Tucson, AZ, to play 18 more holes of golf.

Henry’s favorite family vacation spot was Ocean Gate, NJ, where he would take his family every summer to visit relatives, drink Stewart’s cream soda, go crabbing off the dock, walk on the boardwalk, and have a cone of Kohr’s orange swirl frozen custard. Henry was also a die-hard Yankees fan.

Henry graduated in 1974 from Seton Hall University in South Orange, NJ. After graduation, he attended Officer Candidate School in Quantico, VA and was commissioned as a Second Lieutenant in the United States Marine Corps on June 5, 1974.

In 1990, Henry earned a Master of Science in Management from the Naval Postgraduate School in Monterey, CA. After graduation from NPS, Henry was stationed in Fort Huachuca, AZ at the Joint Interagency Test Command where he was promoted to Lieutenant Colonel. On July 10, 1992, Henry assumed command of 3d Low Altitude Air Defense Battalion at Camp Pendleton, CA, working with Stinger missiles. In 1996, Henry graduated from the Industrial College of the Armed Forces in Washington D.C. with a Master of Science in National Resource Strategy.

In 1996, Henry was stationed at the Defense Information Systems Agency in Washington, D.C. where he was promoted to Colonel. On October 1, 1999, Henry reluctantly retired from the United States Marine Corps after proudly serving 27 years on active duty.

For the past 22 years, Henry worked as an Advisor to the United States Air Force at Davis Monthan AFB in Tucson, AZ. Henry maintained his Department of Defense Top Secret Clearance, so we still do not know exactly what he was doing there. It was on a need-to-know basis.

In lieu of flowers, please make donations “in memory of Henry Attanasio” to the Wounded Warrior Project at www.woundedwarriorproject.org

. A graveside service will be conducted at 1:00pm on Friday, March 25, 2022, at Spring Hill Memorial Park, 5239 Main Street, Spring Hill, TN 37174 with Minister Stephanie Attanasio officiating. A memorial celebration will follow at the Attanasio family home in Columbia, TN.

To order memorial trees or send flowers to the family in memory of Colonel Henry “Hank” Attanasio, please visit our flower store.