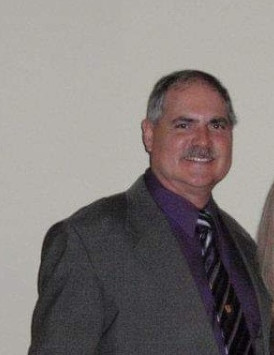 Danny Ray Taylor, age 65 of Spring Hill, TN, passed away on August 11, 2022. He was born in Mason County, Kentucky on February 6, 1957, to Jefferson Preston Taylor. and Delia Crump Taylor, who both preceded him in death. Also preceding him in death were brothers Donny and Tommy Taylor, and sisters Shirley Robinson and Wanda Gilmore. He is survived by his wife, Beverly Courtney Taylor, his son Zachary Preston Taylor, daughter-in-law Jessica Grace Taylor, grandsons Ryder Jenson and Jace Maverick Taylor, sisters Joyce Foxworthy, Evelyn King, and Jennifer Taylor, along with many cousins, nieces and nephews. He was a known to those that knew him in any capacity as wonderful husband, father, grandfather, co-worker, community member, UAW Local 1853 Leader, and dear friend. He was a leader in establishing the Spring Hill Little League in the early 2000s. He helped to get it chartered and was instrumental in securing the development of the baseball fields and their construction. He served as President of the League and was deeply respected by Board Members, Coaches, Umpires, Families and members of the community. He was beloved at work with the Saturn Manufacturing Plant of Spring Hill and its subsequent changeover to GM manufacturing. He later on became Chairman of UAW Local 1853, a position he held until his passing. An avid sports fan, he was supporter of the University of Kentucky Wildcats and the Pittsburg Steelers. He enjoyed playing corn-hole, basketball, working on vehicles, and spending time with his family, friends and the family dog Otis. He was a man who loved God and loved people. He always wanted the best for everyone. He was such an encourager and someone who always lifted the spirits of others. He loved his family and friends dearly, and always wanted them to succeed and be happy. He will be dearly missed by all those who knew him. A Day of Life Celebration will be held at a later date.

To order memorial trees or send flowers to the family in memory of Danny Taylor, please visit our flower store.